underlineallarticles
Institute of Philosophy about us about us 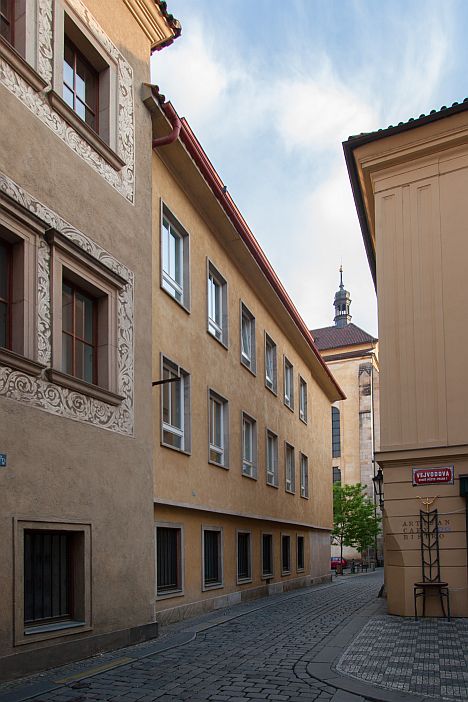 The Institute of Philosophy of the Czech Academy of Sciences, a publicly funded non-university research institution, con­ducts interdisciplinary research in key areas of philosophy and related humanities. The Institute is the largest humanities institute affiliated with the Czech Academy of Sciences. It subscribes to the principles of open science, non-discriminatory policies and good practices in line with European standards. The Institute is currently divided into twelve research units (a list of these units, as well as information about the overall structure of the Institute, can be found in the organizational schemes of the Institute and its component parts). These scholarly units focus on the three main research areas:

The Institute is an active member of the international philosophical community: we participate in several COST projects, regularly win multilateral and national grants, and build international teams that apply for Twinning initiatives and European grants. Every year a number of foreign researchers carry out research at the Institute. The Institute introduces contemporary philo­sophical findings and inquiries into the Czech national context, thereby enriching the national culture and intellectual discourse. It also explores and develops the teachings of distinguished think­ers in Czech and Central European history. Systematic efforts are made to apply the philosophical knowledge in practical fields (especially in contemporary applied ethics) and to interact in interdisciplinary projects of various kinds. The results of researchers' work include scholarly books and articles, academic conferences, colloquia, and lectures. We are engaged in long-term editorial work on key works in Czech studies and various other intellectual traditions as well as preparations of multi-volume dictionaries and synthetic works. We are also active in the domain of digital humanities, contributing to large infrastruc­ture databases in the DARIAH-EU network and its Czech nod CLARIAH.CZ.

The Institute of Philosophy closely cooperates with universities and other research institutions in the Czech Republic and abroad. Together with its partner universities, it oversees doctoral studies in four areas, which enable students to make use of the research infrastructure of the Institute and to work with our researchers as academic advisors.

The Institute publishes nine scholarly journals (including the most prominent national philosophy journal Filosofický časopis [the Philosophical Journal] and the long running classics journal Listy filologické [Folia filologica]), several of which are intended for the international audience, and are abstracted/indexed in scholarly databases such as Scopus, Web of Science etc. It also houses two book publishers: Filosofia and OIKOYMENH. Filosofia publishes original works in philosophy and the humanities by Czech researchers, as well as Czech translations of significant philosophical texts. In 2017 the Institute joined forces with the established publishing house OIKOYMENH that started as an underground establishment during the “normalization” period of the 1970s and has a long tradition of reviving Czech intellectual life. Its output concentrates primarily on translations of classical works and contemporary contributions in the continental tradition. Each of the publishing houses produces some 30 books per year.

The Institute of Philosophy’s library, which is open to the public, houses a specialized collection of more than 110,000 volumes at two different sites. It also offers full-text and bib­liographic databases, e-books and e-journals. The Institute also organizes educational and popularizing events intended for the general public, including science fairs, open houses, and summer schools in philosophy, classics, and medieval stud­ies.